Auctions are one of the three methods used to sell real estate, the other two being Private Sale and Tender or Expression of Interest. 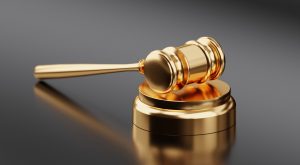 Auction is a public sale in which goods or properties are sold to the highest bidder. The price is neither set nor arrived at by negotiation but is arrived at through the process of competitive and open bidding. An auction is complete (and a binding contract is created) when a bid is accepted by the seller. Auctions are claimed to bring the highest price possible for the vendor on a particular property. It can be counterclaimed that the highest bid is just one bid higher than what others were prepared to bid and may be well below what the winning bidder was prepared to pay.

There are a few terms that we would like to briefly describe related to an auction process.

Preparing for an Auctions

Buying off the Plan – Good, Bad and The Ugly

Make sure you don't miss anything!